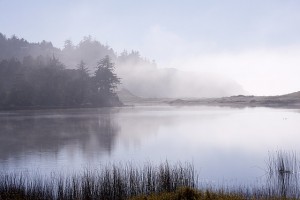 Once upon a time had changed into time and space.   Somewhere, sometime, something had jumped from then to now–not just something–everything.

After the doctor’s visit she didn’t go directly home.   The doctor had moved, again.   This time even  further out in the country or so she thought, country.   She pointed the car on the unfamiliar road.  It was really more suburbs, the suburbs that were spreading, eating up the countryside.   She had to stop for gas.   Finding a gas station wasn’t a problem because with the expanding suburbs came all the accouterments: strip malls, grocery stores, nail salons, chain restaurants, a gym (no a fitness center),  daycare centers, churches, schools–everything upscale.    As she drove she discovered more and more subdivisions, huge houses,  opulent condos with brick entrances and fancy names:  Wellington Estates,  Salisbury Terraces,  Belvidere Crossings,  The Lake at Lorraine.  At each turn in the road she was amazed.   Where did all this come from?  When?  Who lived here?   Where did they work?   What if the economy bottomed out again, would they get to keep their homes or would the for sale signs and foreclosure signs pop up on their lawns.

A sadness descended upon her even though the day was bright and the doctor’s visit had rendered only good news.

“None of these houses will be mine, “ she thought.  “I will not live here, ever.  I’ve had my time, made my choices, had the excitement of discovery of new space.”

She sipped her coffee and watched the people come and go.   The lady in jeans and a sweatshirt carrying a bag of bagels out the door.   The older woman, older than herself, in her red parka paying for her cup of tea.   The middle aged woman running the water before putting the courtesy cup under the flow. The man in a dress shirt and tie talking with the woman in a purple sweater and black slacks–looking at portfolios spread on the tabletop.  Who was in charge?   Who was selling?  Who was buying?

What happened to all the shops and haunts of her youth?   When did they tear them down and build something else in their stead?  Who did that?   She wasn’t a part of this newness.   They had gone ahead without her.

She had turned her head, for a moment, and in that moment of space and time, missed the next wave.  A new world had risen around her, before her, behind her, beneath and above her.   She felt a little lost, alone and sad.

She finished the last of her coffee, gathered her things.  Time to go.

She found her car in the parking lot, started it and drove further down the road.  She drove until the developments disappeared, until she found woods and then the lake shrouded in mist.   She untied a boat,  seated herself and rowed–disappearing into the fog of time and space.