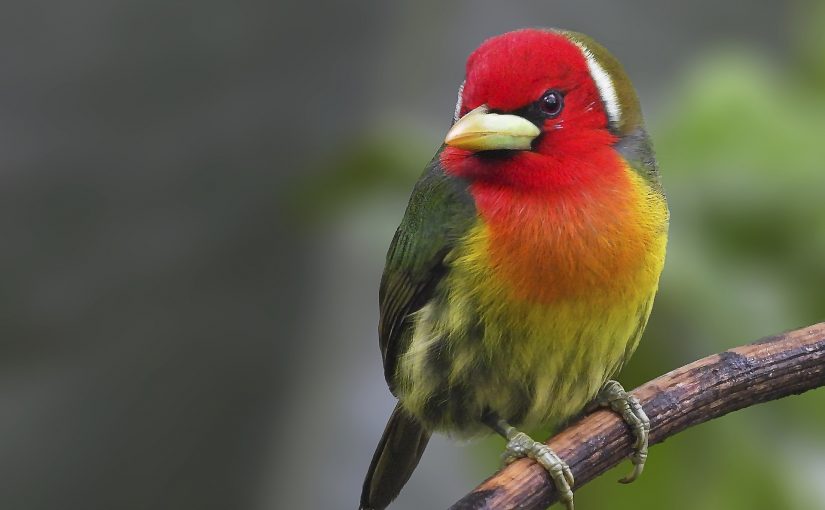 Sometimes, for a change in scenery, she takes the lake path for her jog. I had a feeling that this morning she would come this way so I sit down on the bench to wait. It’s the only bench available on the entire foot path. It’s metal, looks uncomfortable and rusty but this doesn’t matter to me. I’m light, as light as air itself. I settle myself and assume the posture of an elderly man–not too old–certainly not frail, just an approachable, attractive (for his age) gentleman that someone might not hesitate to offer assistance should he need help.

Perfect, here she comes. She’s wearing a blue and green jacket and matching running shoes. Her reddish hair is tied in a pony tail and her cheeks are flushed from the cold and exertion. She is a little overweight, but not much. She’s working on it, everyday by carving out a slice of time in the early morning for herself. She is running briskly and touches her fit-bit to see her bpm (beats per minute–heart), checking her distance (how far she’s come) as if she couldn’t turn her head and look behind her to see just exactly how far she’s come.

Hmm, she’s distracted, she’s not seeing the patched pavement ahead, the path uneven from the tree roots growing beneath the concrete–only a few steps away. Oops, there she goes. She’s down.

The young woman lies on the ground for a while, on her side. Then sits up and rubs her ankle. I hear her say “ouch”. She pulls down her sock and examines her ankle. As she begins to untie her shoe, I speak.

“It’s best to keep your shoe on in case of swelling.”

She jerks round and gasps, making a little startled sound. She hasn’t noticed me until now. It appears that I will be offering her assistance instead of the other way around. Things don’t always go as planned.

As I rise from my seat I remind myself–move slowly, after all you are an old man. Don’t be too energetic.

I’m at her side, a little too quickly, but she doesn’t notice. I bend over and look at her ankle. “Well, there’s no swelling. That’s a good sign–probably not broken–perhaps only a sprain.”

She removes her gloves and gently touches her ankle.

“Would you like some help to the bench?” I ask?

She glances in the direction of the bench and then back at me. She sizes me up. She is thinking that maybe this old man may not be up to the job. I get that a lot. But she realizes that she has no choice. It’s either accept the old man’s offer or remain on the ground. So she replies, “Yes, if you don’t’ mind,”

I give her my gloved hand and help her rise. Using me for support, she hops to the bench and plops down.

“Maybe you should put your foot up on the bench to keep it elevated,” I suggest.

She shifts herself about and places her leg and foot on the bench. So easy, I think to myself.

She reaches in her pocket, then the other one, searching for something.

“Lose something?” I ask.

“I think I must have dropped my phone when I fell,” she says.

“Shall I take a look on the path?”

“Yes, of course.” I rise and slowly walk to the pavement. I spot the phone laying in the grass and weeds. With my back to her, I step on it and give my foot a little twist–crunch.  I slide it into the mud puddle for good measure. I pretend to search and then pick it up and hold it out for her to see.

“Oh no,” she moans and reaches for the phone.  She rubs it on her pants leg to clean off the mud and then tries to turn it on. “I hope it’s not ruined.”

“Don’t they make these things waterproof now?” I ask, making sure I look sufficiently naive.

“Yes, it is supposed to be. I don’t know why it’s not working.” She slides her index finger over the face of the phone and presses buttons to turn it on and off. “Dead,” she says at length and puts it in her pocket. “At least it’s under warranty.” She sighs and looks down at her ankle which is a little swollen now.

I interrupt her. “Careful what you wish for.”

She looks at me like I am from another planet and then asks. “Do you have a phone, sir?”

“It’s Hermie,” I offer. It’s good to be on a first name basis, I am thinking. “Short for Hermes, my father had a thing about the Greeks. He was Greek actually. But I go by Hermie.”

“Do you happen to have a cell phone, Hermie?” She looks doubtful.

“And you are?” I ask. She looks puzzled by my question. I continue, ”Your name is?”

“Well what about that,” I respond brightly. “Your name is Greek, too. Carrissa, it means grace. Did you know that? ”

“Oh? She hesitates, probably wondering what this old man is going on about. “No, I didn’t know that. Well, not so graceful today. Um–about that phone?”

I can see she’s getting impatient, maybe worried.  “Yes, I do. But I’m afraid it’s not a fancy phone like yours. It’s a little old fashion, the flip kind.  Doesn’t even have a password,” I chuckle. I retrieve it from my pocket, flip it open and hand it to her.

“Thank you,” she says. She calls her work and tells them she’ll be late and then dials another number. No answer, she leaves a message, then dials someone else. This time someone answers. I move away a few steps to give her some privacy, but I can hear everything clearly. There’s a lengthy discussion about where she is and what happened. I hear her say “A nice man is here helping me.”

There’s a lengthy pause. The person on the phone must be talking. Carrissa lowers her voice. “No don’t worry, he’s old, harmless–really very nice.”  There’s talk of when the person can come get her and alternatives–various friends. Finally, she hangs up and hands me my phone.

She looks at me sheepishly. “Would you mind terribly staying here with me until my sister can come? I don’t want to be here, alone without a phone.”

Except in this exact spot and time, Things are going perfectly, I think to myself.

“It may be a while, an hour at least, maybe longer,” she says frowning a little.

“It’s fine,” I say. So I settle myself on the far end of the bench and we look out over the lake.

“I wish I’d gone on my regular run today, it’s boring but a better pavement.”

She glances at me. “I’m just saying that if I’d gone on my regular route, I’d be ok now, not sitting here with a sprained, I hope to god, not broken, ankle, and late for work.”

“Are you sure?” I smile. “Where’s the adventure in that, the same old, same old–safe and boring?  What if you weren’t just saying,”

Actually, I hate that expression, “just saying”. People use it all the time now, to end a statement–to cut off any sort of rebuttal one might have to their idea. They think it let’s them off the hook for whatever outrageous theory they are pontificating. I’ve let my mind wander.

Carrissa looks at me perplexed and raises her eyebrows. She clearly has no idea what I’m talking about.

Get on with it, I tell myself.

I continue. “What if you could have a wish, would it be what you just wished for?”

Silence settles between us. The breeze wanes and the ripples on the lake run out to the edges. The lake becomes glassy. Our reflections mingle with the tree reflections in the lake. The atmosphere becomes heavy.

Carrissa, doesn’t look at me. She tilts her head and looks out over the lake.

I can tell I have her attention, so this time I don’t speak the words. I put forth the thought. “You get one wish, just one. What will it be?”

Heat rises from the ground, warming us.

I lay out the rules. You see, I’ve thought this through beforehand.

“Now, say the words. Make the wish, your heart’s desire. Careful though, your words, once spoken will be your choice, your decision, your proclamation.”

Carrissa shakes her head as though she is casting off a thought.

I project an image. She obviously needs help with imagining, visualizing.  Money, a bank statement, a large ending balance, a variety of numerals with many zeros following them.

She sees it. She licks her lips, thinking it over but I can see her losing interest.

“Fame?” I project an image of a stage, an audience, music, roaring applause.

Carrissa looks a little dreamy eyed and then shakes her head, ever so slightly.

Not hitting a mark, with the usual. Hmmm. Maybe family. So I imagine for her and let the ether carry the image–a husband, a baby, a house, a cat, a dog, all playing on the well-manicured lawn. But to my surprise the image bursts apart and scatters like ash.

And then, she surprises me. The ash reassembles into images, like snippets from a cell phone–first Twitter, hateful quips. Then there’s a flash of all day news channels, the U.S. Capitol–politicians in the House, the Senate–unveiled vicious attacks on each other, the President. The image shifts to a city street, people–some masked and others unmasked–attacking each other. Overturned cars, statues being toppled and dragged to the lake, shops–closed and boarded, graffiti scrawled everywhere, large box stores being looted, armed police turning and walking away. It reminds me of a civil war.

The images are there for a moment and then dissipate.

Carrissa’s shoulders slump. She sighs and sinks deeper into the bench, into herself. A great sadness, hopelessness washes over her face, like something is lost–a way of life perhaps. We sit for a while in the quiet. Then a bird calls overhead, a hawk–red tailed. It circles above us, calls again and then is gone.

In an instant, Carrissa makes her choice. Her back straightens, her shoulders lift and in a clear voice she speaks.

And then she is gone.

I remain on the bench and watch her try out her wings, gliding, dipping, soaring–until she’s out of sight.

And as for me, wish granted, I drop the phones on the bench, dissolve into the atmosphere and fly upward on winged feet, following a blue and green bird with a red crown of feathers–far, far away.

I wrote this during the time of the COVID-19 virus when the whole world turned upside down.