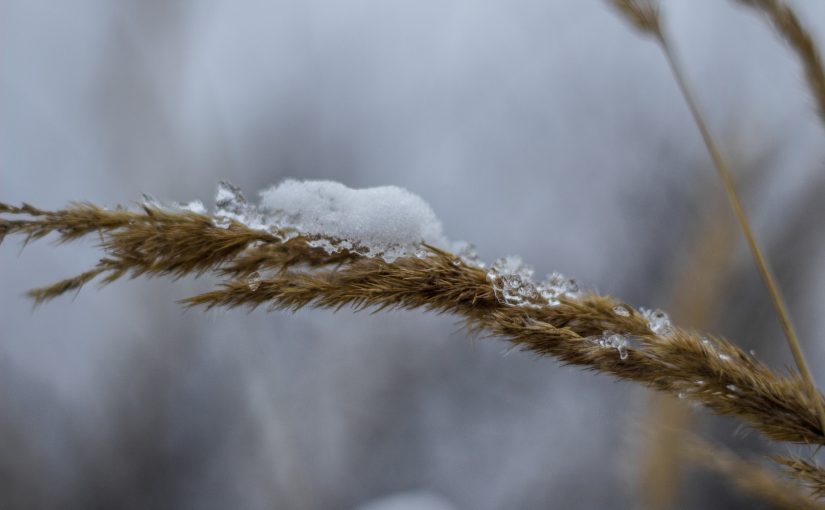 They called for snow. Of course, we didn’t believe the forecast but nonetheless everyone went to the grocery store to stock up on milk and bread, among other things.

Around 6 that night it started to rain. Hah, wrong again. Besides, it was too warm to snow; everybody knew that. It was 8 before the snow came.

We watched a movie. Everyone went to bed. I put the dishes in the dishwasher and the last thing I did was turn off the Christmas tree lights. They were pretty. It made a good memory.

It was cold when we woke up the next morning. The house was quiet, cold and quiet. All the clocks had stopped and were flashing red numbers–like little warnings–using up their meager emergency batteries. We walked about the house automatically flicking on light switches, out of habit–surprised each time nothing happened. No coffee.

We called the power company using our cell phones. We couldn’t get through–voice or internet.

“Must be a big power outage. They’re flooded with calls,” we said.

We let the dog out. He was barking in the yard.

But he kept at it. I went to take a look. There was a deer curled up under a bush by the side of the house. She didn’t move just stared at the dog and me.

“She’s hurt,” I said and took the dog back in the house. We called the county animal control number and got a recording. We called the police. It wasn’t long before they came and put her down. Another man came and took her body away. He was going to use her meat, “so she wouldn’t go to waste,” he said.

I think about that now–waste.

I found the Christmas cards, wrote notes and addressed them. Everyone else went back to bed. It was cold. I put on another sweater, then a shawl, then a hat and finally gave up and got in bed–to wait for the power to come back on.

That night the street lights were out, dark. We could see the stars, the first time in a long time. There was no moon though. We lit the few candles we had. We called some friends. Everyone was in the same boat–no power. We debated going to a hotel but decided to wait it out. We drank the milk and ate the bread.

The animals are fine. They have their instincts. I think about the deer. Left alone would she have healed herself?